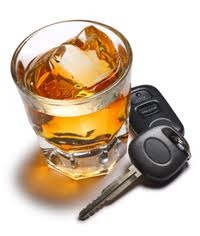 The Arizona legislature recently enacted another DUI law which is commonly referred to as “Super” Extreme DUI.  In these type cases, people with alcohol concentrations, by way of breathalyzer of blood testing, above .200 will face jail time, fines and fees over and above those charged with an Extreme DUI or A first time DUI offense.

Arizona Revised Statutes § 28-1382(A)(2) states an individual can be charged with “Super” Extreme DUI if they drive or are in actual physical control (APC) of a motor vehicle with an  alcohol concentration level of at least .20 within two hours of driving.

If a person has a prior DUI conviction within the last seven years, the minimum jail time for a Super Extreme DUI rises from 45 days to 180 days.

Super Extreme DUI is a serious criminal offense. Raymond A. Kimble is a former police officer, DUI prosecutor and has twenty years of experience defending people charged with DUI throughout Arizona. Through his experience, Mr. Kimble can assess and evaluate your particular situation and provide the best possible defense strategy. Mr. Kimble is always able to resolve DUI cases with the least amount of jail time and fines and is often able to expose weaknesses in a prosecutor's case which results in a dismissal or reduction of DUI charges. Mr. Kimble has also successfully defended many DUI cases at trial.

Undoubtedly, the potential for a DUI conviction is dependent on the specific facts of your case. That is exactly why you should choose a qualified expert in the field of Arizona DUI law with a proven track record of success in defending DUI cases. Attorney Raymond Kimble will have a clear understanding of all the circumstances in your case, along with the knowledge and skill to reach the best possible outcome for you

Reviews From My Clients