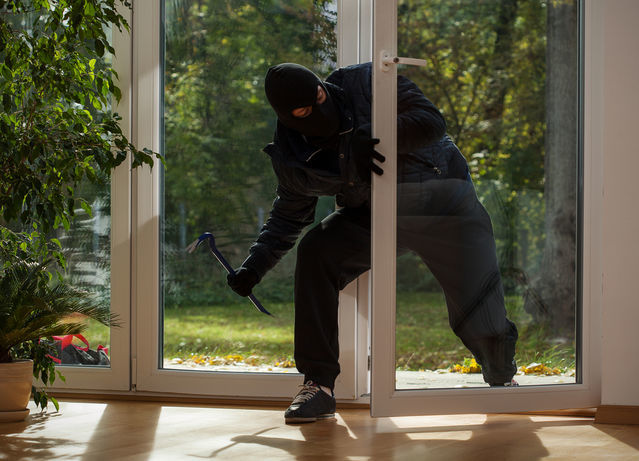 The State of Arizona defines Burglary as "unlawfully entering on or remaining within another's property with the intent to commit a crime while there."  Most people refer to Burglary as a situation where another person breaks into your home and steals property or money.  However, the crime of Burglary can take many forms. For example, you can be charged with Burglary by breaking into a car and taking property, unlawfully entering and stealing items from an office or commercial establishment, or even entering a store with the intent to shoplift merchandise. Additionally, a  person can be charged with Burglary if other offenses such as assault, criminal damage,  a sex offense, etc. are committed after unlawfully entering upon someone else's property.

Not all Burglary offenses are treated equally in Arizona.  The seriousness of the charge and potential penalties vary based upon the property which is burglarized, whether a weapon was used, etc.  Arizona divides Burglary into three separate degrees including:

1. First Degree Burglary - Occurs when a person unlawfully enters upon another's property with the intent to commit another offense and is in possession of an explosive device, deadly weapon or dangerous instrument.  A first degree Burglary involving a residence is a Class 2 felony.  A Burglary to a non-residential structure such as a vehicle or commercial building  committed while in possession of a deadly weapon or dangerous instrument is a class 3 felony. These are often charged as "Dangerous Felonies" and can require mandatory prison terms.

2. Second Degree Burglary - Is defined as unlawfully entering or remaining in a residential structure such as a house or apartment with the intent to commit a separate criminal offense.  Second degree Burglary is a class 3 felony.  The difference between a second and first degree Burglary is the presence or absence of a deadly weapon or dangerous instrument.

3. Third Degree Burglary - Is a class 4 felony and occurs when a person enters upon a non-residential structure with the intent to engage in additional criminal activity.  Non-residential Structures include cars, office buildings, storage sheds, etc.

Additionally, a Burglary conviction will result in a permanent mark on your criminal history and can affect future employment, housing, education or professional licensing opportunities.

Potential Defenses to a Burglary Charge

Although Burglary is a serious charge, an experienced criminal defense attorney can thoroughly investigate your case, argue relevant defenses and obtain the most favorable outcome possible.  Common defenses to a Burglary charge may include:

Raymond Kimble has been defending  Arizona residents for twenty years and has a long history of success. Those who have been arrested and charged with Burglary can look to Mr. Kimble for the experienced legal defense that they need. Mr. Kimble knows how to prepare a solid defense, challenge the prosecution's evidence and negotiate a reduction or dismissal of the charges.

With a seasoned Tempe criminal defense lawyer on your case, you will have your rights protected as your attorney fights to secure a favorable outcome on your behalf. Attorney Raymond Kimble has successfully represented hundreds of individuals throughout Arizona over the last twenty years who have been charged with Burglary.