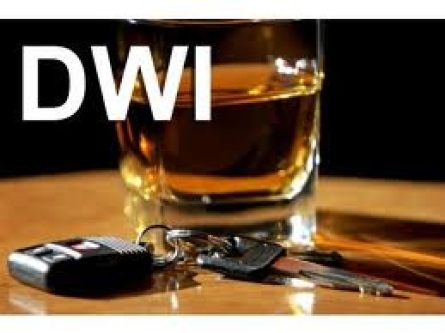 Undoubtedly, being charged with a DUI in Arizona can result in extreme anxiety given the prospect of jail time, significant fines, mandatory classes and the loss of a drivers license.  However, for people who earn a living by driving commercial vehicles, a DUI charge and conviction can have devastating consequences.  Particularly, people who hold a commercial drivers license and are arrested for DUI risk a suspension of their driving privileges and a loss of employment.

Arizona state statute differentiates between driving a personal vehicle and operating a commercial vehicle after consuming alcohol.  The legal limit, for individuals operating automobiles is defined by A.R.S. 28-1381A2 and is currently .08 blood alcohol concentration (BAC).  However, for people who operate commercial vehicles as defined by A.R.S. 28-3001, the legal limit is reduced to .04 BAC. Unfortunately, a DUI will have severe consequences upon a person's commercial drivers license regardless of the type of vehicle they were operating at the time of their arrest.

THE IMPACT OF A DUI ON YOUR CDL

Although different legal BAC limits may apply,  the Motor Vehicle Division does not distinguish between DUI's which occur in your personal vehicle and those in a commercial motor vehicle when taking action against your driving privileges.    Specifically, your CDL is not protected just because you were in a personal vehicle when arrested for DUI.  Rather, CDL holders who are convicted of DUI in Arizona will incur a mandatory one year suspension of their commercial drivers license.  A second DUI will cause  your commercial drivers license to be revoked for life.  However, you may be eligible to apply for reinstatement after ten years have passed.

Aside from the driver's license implications, CDL holders will suffer the same penalties as anyone else who has been  convicted  of DUI in Arizona.  DUI's are generally classified as class one misdemeanors.  Consequently the possible punishment can include:

DEFENSES TO A CDL DUI

People who possess a commercial drivers license and are charged with DUI have the same rights and  defenses available as those alleged to have committed a "regular," extreme or super-extreme DUI in Arizona.  Common defenses which should be thoroughly investigated include:

People who have commercial drivers licenses are subject to rules of  the Federal Motor Carrier Safety Administration. With respect to DUI, the FMCSA has announced very specific reporting requirements.  These include:

If you, a family member or friend has been arrested for any DUI offense in Arizona, it is important that you immediately begin working with a qualified DUI attorney who can effectively represent you in court and take necessary steps to protect your driver's license. A DUI offense requires an aggressive and experienced lawyer who can recognize all of the issues and work effectively to achieve a favorable result. Attorney Raymond Kimble will have a clear understanding of all the circumstances in your case, along with the knowledge, skill and experience to obtain the best possible outcome for you. Raymond Kimble has successfully represented thousands of people charged with DUI during the last twenty years throughout Maricopa and Pinal Counties. Mr. Kimble regularly appears in court in Phoenix, Tempe, Mesa, Chandler, Scottsdale, Gilbert and other courts throughout the greater Phoenix area.