A DUI in Arizona can result in very serious consequences, including jail time, fines and a loss of your driver's license.  Individuals who are stopped and arrested for suspicion of DUI may be charged with a DUI offense if they are impaired by alcohol, drugs or a combination of both.  Following an arrest, police may request that you provide a sample of your blood or urine which can be tested for both alcohol or drugs.  The mere presence of an illegal drug, such as marijuana, methamphetamine, cocaine or heroin in your system can lead to a DUI charge whether or not you were impaired.

An individual can be charged with a drug DUI offense in under Arizona Revised Statutes § 28-1381 if they drive or are in actual physical control of a vehicle:

Some of the most common drugs that can result in charges for a drug DUI include:

Although DUI's involving Drugs are generally classified as misdemeanor offenses, serious consequences can result.  A first time offender still faces severe penalties.  These include a maximum sentence of six months in jail and up to $2,500 in fines.  Normally however, the penalties for a first time DUI conviction involve:

If a person has a prior DUI conviction within the last seven years, the minimum jail time for an DUI with Drugs rises from 10 days to 90 days.

Undoubtedly, the potential for a DUI conviction is dependent on the specific facts of your case. That is exactly why you should choose a qualified expert in the field of Arizona DUI law with a proven track record of success in defending DUI cases. Raymond A. Kimble is a former police officer and DUI prosecutor who now specializes in DUI defense and has a working knowledge of all the city, justice and superior courts in Arizona. Through his experience, Mr. Kimble can assess and evaluate your particular situation and provide the best possible defense strategy. Mr. Kimble is always able to resolve DUI cases with the least amount of jail time, fines, etc. Mr. Kimble will thoroughly investigate your charges and expose any weaknesses in a prosecutor's case. Mr. Kimble has negotiated dismissals and reductions of DUI drug charges and has successfully defended many DUI cases at trial. 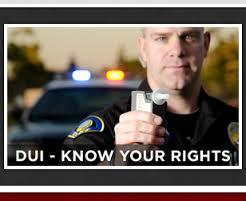 Answers to Your DUI Questions