If you have been charged with a Misdemeanor or Felony Aggravated DUI in Arizona, you need representation by an experienced and aggressive DUI defense lawyer.  Given the harsh penalties imposed by the State of Arizona upon people charged with DUI along with all of the technicalities involved in defending a DUI case, you are well advised to contact an attorney who specializes in DUI law.  Raymond A. Kimble is a former police officer and DUI prosecutor who has successfully defended thousands of people charged with DUI in Arizona over the last twenty years.

Driving under the influence in the State of Arizona is a serious criminal offense.  In fact, Arizona punishes people convicted of DUI harsher than any other state.  If convicted of a DUI in Arizona, you will face mandatory jail or prison, alcohol counseling, fines, a suspension of your driver's license and an ignition interlock requirement.  Potential jail terms for DUI can range from one to ten days for a "regular" DUI offense, thirty days for Extreme DUI, forty-five days for Super Extreme DUI and prison for a felony or Aggravated DUI. The potential jail terms will dramatically increase if you have been previously convicted of a DUI.

You Only Have 15 Days to Protect Your Driver's License!!

Within fifteen days of being arrested for DUI, your driver's license is subject to a suspension of between ninety days and one year depending upon whether you agreed to take a blood, breath or urine test as requested by the arresting officer.

You only have a short period of time to challenge this suspension or it will immediately go into effect.  Raymond Kimble will request an administrative hearing with the Division of Motor Vehicles to protect your driving privileges.  At this Hearing, we will investigate whether the arresting officer followed proper procedures including:

Raymond A. Kimble specializes in DUI defense and has a complete working knowledge of all the city, justice and superior courts throughout Arizona.  Through his experience, Mr. Kimble will assess and evaluate your particular situation and provide the best possible defense strategies.  Mr. Kimble is always able to resolve DUI cases with the least amount of jail time, fines, etc.  Additionally, Mr. Kimble is able to expose weaknesses in a prosecutor's case which will result in a dismissal or reduction of DUI charges and has successfully defended many clients charged with DUI at trial.  Attorney Raymond Kimble represents people throughout the State of Arizona and in particular, Maricopa County and Pinal County who have been charged with:

Undoubtedly, the potential for a DUI conviction is dependent on the specific facts of your case.  That is exactly why you should choose a qualified expert in the field of Arizona DUI law with a proven track record of success in defending DUI cases.  Through his experience as a police officer, DUI prosecutor and twenty years defending clients accused of DUI, Attorney Raymond Kimble will have a clear understanding of all the issues in your case along with the knowledge and skill to reach the best possible outcome for you.  Mr. Kimble will truthfully explain what you are facing while making his expertise available to you at all times throughout his representation. 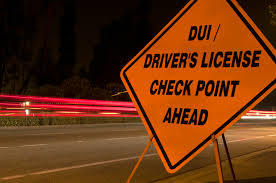