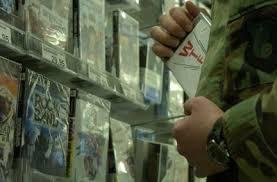 In its simplest form, Shoplifting involves selecting merchandise from a store and leaving without paying the full retail value.  Unfortunately however, people charged with and convicted of Shoplifting in Arizona face significant penalties including probation, jail terms or even prison.  Moreover, Shoplifting offenses can range from a Class 1 Misdemeanor to a Class 4 Felony depending upon a person's criminal history or the surrounding circumstances.  Attorney Raymond Kimble has successfully defended hundreds of individuals charged with Shoplifting throughout the greater Phoenix area and is well qualified to obtain the most favorable result possible.

According to Arizona Revised Statute 13-1805:

A person commits shoplifting if, while in an establishment in which merchandise is displayed for sale, the person knowingly obtains such goods of another with the intent to deprive that person of such goods by:

1. Removing any of the goods from the immediate display or from any other place within the establishment without paying the purchase price; or

2. Charging the purchase price of the goods to a fictitious person or any person without that person's authority; or

3. Paying less than the purchase price of the goods by some trick or artifice such as altering, removing, substituting or otherwise disfiguring any label, price tag or marking; or

4. Transferring the goods from one container to another; or

B. A person is presumed to have the necessary culpable mental state pursuant to subsection A of this section if the person does either of the following:

2. Uses an artifice, instrument, container, device or other article to facilitate the shoplifting.

Undoubtedly, people prosecuted for a Shoplifting offense are at risk of a significant penalty.  This can range from fines, probation and jail time to a lengthy prison sentence. With respect to the value of merchandise allegedly stolen, Shoplifting can be classified as:

3. Class 5 Felony - For retail property valued above $2,000.00.  The presumptive prison term for a class five felony is eighteen months.  Additionally, a person can be placed on probation for three yers and fined up to $150,000.00

In certain instances, Shoplifting can be prosecuted as a felony offense regardless of the value of the merchandise that is allegedly stolen.

In some cases, people who have never been arrested before may qualify to participate in a diversion program.  Under these circumstances, prosecution is usually suspended for a specific period of time, classes must be completed and restitution for the property stolen repaid to the store.  Once the diversion program is completed, the charges can be dismissed.

Defenses to a Shoplifting Charge:

If you are arrested and charged with Shoplifting, it is extremely important to contact an experienced criminal defense attorney who will thoroughly investigate the facts of your case and recognize any potential defenses that may be available to obtain the most favorable possible outcome.

Defenses which may be asserted in a Shoplifting case include:

1. Lack of Intent - This can arise in situations where a person is simply distracted and passes the point to pay for retail merchandise without realizing their actions

2. Miranda Rights Violations - Can occur in situations where police officers question a person concerning their actions without properly and fully advising them of their right to remain silent

3. Attacking the Credibility of Loss Prevention Officers - A number of shoplifting cases are initiated by store security officers.  On many occasions, the actions of the loss prevention officers can be challenged to raise doubt concerning their investigation and conclusions.

If you have been charged with shoplifting, it is vital that you contact a highly skilled criminal lawyer immediately. Phoenix shoplifting defense lawyer Raymond Kimble has been defending people charged with these offenses for many years and has the level of experience and skill it takes to effectively handle these types of cases. Mr. Kimble knows how to prepare a solid defense, challenge the prosecution's evidence and negotiate a reduction or dismissal of the charges

With a seasoned Tempe criminal defense lawyer on your case, you will have your rights protected as your attorney fights to secure a favorable outcome on your behalf. Attorney Raymond Kimble has successfully represented hundreds of individuals throughout Arizona, including Tempe, Mesa, Scottsdale, Gilbert, Chandler and Phoenix over the last twenty years who have been charged with shoplifting offenses .