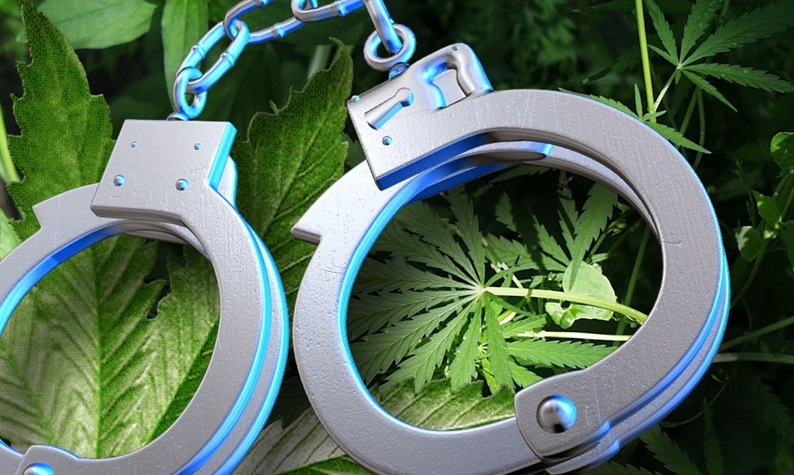 Although marijuana is a commonly used substance throughout Arizona and has been legalized for medical purposes, it can still result in serious criminal penalties. Possession, trafficking, distributing, sales or production of marijuana can result in a felony conviction, probation, jail or prison sentences, fines and community service. Convictions for any criminal offense will often cause people to lose educational or job opportunities as well as certain civil rights.

If you have been charged with a marijuana crime in Arizona, it is important to remember that you have the right to a defense. It is essential to contact an experienced marijuana defense attorney who can investigate all aspects of a police investigation, argue relevant legal issues and obtain the most favorable outcome for you.

Attorney Raymond Kimble is a former police detective and felony prosecutor who has successfully represented hundreds of clients charged with possession, sales, cultivation and distribution or trafficking of marijuana throughout Arizona. Mr. Kimble has represented people charged with marijuana offenses at every level and understands how arrests are made, how evidence is gathered and how cases are built against suspects. He will use this knowledge to thoroughly investigate your case, examine the conduct of police and present an effective defense

TYPES OF MARIJUANA OFFENSES IN ARIZONA:

Criminal offenses and penalties associated with marijuana use are outlined in Arizona Revised Statutes, Chapter 34 of Title 13. The most commonly charged marijuana crimes in Arizona include:

PENALTIES FOR MARIJUANA OFFENSES IN ARIZONA

The statutory provided penalties for misdemeanor and non-dangerous felony marijuana offenses for a first-time offender in Arizona are as follows:

Proposition 200 refers to the referendum approved by voters of Arizona back in 1996. The purpose of the law was to offer treatment to drug users and guarantee probation for first time and second time offenders without facing the possibility of prison.  With the exception of some individuals with prior violent offenses, first time marijuana possession offenders would not the face the possibility of prison or jail time for a conviction.

Prior to A.R.S. 13-901.01 (Prop 200), an individual charged with a personal possession of marijuana could face the possibility of prison time without the opportunity of probation and rehabilitation services.  After the law, an individual charged with a first time personal possession of marijuana case would not face any prison time, and would not even face any jail time.  Second time offenders would also be guaranteed probation and no prison time, but could still face some jail time as a condition of probation.  This guarantee would remain even if the individual violated probation.

Prop. 200 changed the landscape of drug prosecutions in Arizona forever.  While penalties for personal drug offenses remain stringent (with mandatory fines, community restitution, and drug counseling), jail time remains a last resort for most marijuana offenders.  Most first time offenders are given an opportunity for rehabilitation before ever facing the possibility of a prison sentence.

The Arizona legislature has decriminalized the use and possession of up to 2.5 ounces of usable marijuana and in some cases, up to 12 plants for individuals who qualify for medical marijuana.

Individuals who qualify for medical marijuana in Arizona can include adult patients and patients under the age of 18 who have a designated caregiver, that have been diagnosed with a debilitating medical conviction, and have written certification from their physician. Qualifying individuals are also required to submit an application with the Arizona Department of Health Services before they can receive a medical marijuana card.

Marijuana cultivation is permissible in Arizona for individuals who are qualifying patients and designated caregivers under the Arizona Medical Marijuana Act.

The most important step you can take after being arrested or charged with a marijuana crime is finding the right attorney. Raymond A. Kimble has represented thousands of people charged with marijuana possession, distribution and sales throughout Arizona over the last twenty years. For a free consultation and to learn more about your options, call (480) 833-8613 today.