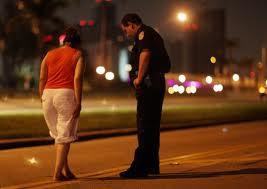 Back to DUI Home Page

If you are stopped and suspected of drunk driving in Arizona, there are several tests which the investigating officer may request that you perform to determine whether you are impaired by drugs or alcohol to drive a motor vehicle.  These tests are commonly referred to as "Field Sobriety Tests."

Unlike a breath, blood or urine test which must be taken after you are arrested for a DUI, Field Sobriety Tests are completely voluntary.  Basically, you cannot lose your license for failing to perform these tests.  However, a prosecutor can consider or use your "refusal to do the field tests" during trial or when making a plea offer to resolve your DUI.  If you have been charged with drunk driving, you should immediately contact an experienced DUI defense lawyer.

There are three Field Sobriety Tests which have been developed by the National Highway Traffic Safety Administration (NHTSA) for officers in Arizona to use during DUI investigations.  You should be aware that these tests are very subjective and whether you pass is largely in the discretion of the arresting officer. Each of the field tests must be administered and graded according to established guidelines.  If not, the results may not be valid and can be attacked by a skilled DUI defense lawyer.

If you have been charged with a DUI, you should immediately contact an experienced Arizona DUI Defense Lawyer.  There are a number of arguments which can be made to attack the reliability of Field Sobriety Tests and any conclusions by the arresting officer that you failed them.  These include:

The State of Arizona imposes the harshest penalties in the nation against people convicted of DUI or drunk driving.  If you have been arrested for DUI, you face the possibility of losing your drivers license, serving time in jail and paying huge fines.  Attorney Raymond Kimble is a former police officer and DUI prosecutor who has been representing people charged with DUI for the last twenty years and has successfully defended clients in Tempe, Scottsdale, Gilbert, Mesa, Chandler, Phoenix and other cities throughout Arizona.  Raymond Kimble offers a free office consultation consultation and is available during the evening and weekends as well.