The Phoenix West Valley has experienced tremendous growth during the last several years.  Along with the population increase has come more experienced and trained police officers who closely monitor their communities for impaired drivers, drug use and criminal activity.  Undoubtedly, the City of Avondale has taken an aggressive approach in detecting, arresting and prosecuting drivers who may be impaired by drugs or alcohol, people committing acts of domestic violence, individuals involved in drug use and sales and others engaged in criminal activity.

People arrested and charged with DUI in the City of Avondale face substantial penalties including a suspension of their drivers license, fines, alcohol classes and jail.  After being stopped for a motor vehicle violation, police will often question drivers about alcohol consumption and/or drug use, ask them to participate in field sobriety tests and then obtain a breath, blood or urine sample following an arrest.  Depending upon the results of your breath or blood tests, you may be charged with:

Although the potential penalties in Avondale and surrounding cities are severe, there are a number of defenses which can be investigated and utilized in order to obtain a complete dismissal of DUI charges, a reduction in sanctions or a not guilty verdict at trial.  During the last twenty years, I have helped thousands of people achieve favorable outcomes after being arrested for a DUI.  There are many ways a prosecutor's DUI case  can be attacked.  These include:

2. No Reasonable Suspicion to Stop:

3. No Probable Cause to Arrest:

5. Denial of the Right to Counsel:

7. Inaccuracy of the Breath Testing Device:

By contacting my office, I can assist you in obtaining a possible dismissal of the DUI charges, a reduction in the penalties you might face or obtaining the most favorable outcome possible.  During my representation, I will also advise you about:

As you can see here, I have been very successful in helping clients obtain favorable results after being investigated, arrested and charged with DUI in Avondale and throughout the greater Phoenix area.

EVERY CRIMINAL ARREST IS SERIOUS

Unfortunately, even a misdemeanor conviction can affect your ability to secure housing, credit and employment.  Consequently, it's important to have an experienced criminal defense attorney on your side when facing a criminal charge in Chandler.  On many occasions, I have been able to assist clients in avoiding a conviction, having charges dismissed and reducing potential penalties.  I routinely represent people in Avondale who are facing charges related to:

As a former police detective, felony prosecutor and experienced criminal defense attorney, I know the criminal justice system, how prosecutors and police officers think and how to attack a case from all angles.  I have represented thousands of people from all walks of life who have been charged with serious offenses and have expertise in achieving a dismissal of the charges, negotiating favorable agreements and conducting jury trials in all types of criminal cases.

If you have been arrested or charged with any felony in Maricopa or Pinal County, call for immediate help.  I routinely represent individuals charged with: 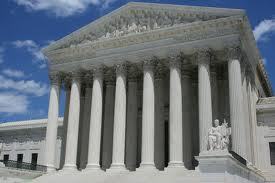